In the Spring of 2015, I became Chairman of the Parish Council, having had no previous experience of Council life, and Ray became Clerk to the Council, having had no previous experience of Northiam life. We quickly bonded and for the last six years he was a great support and a very good friend, who I will miss immensely. When he first started as Clerk, he lived in Peasmarsh, but quickly learnt the error of his ways and moved into the village within a year. He threw himself into village life, getting involved with both the Conservation Society and the Bonfire Society. He was one of those people who are described as ‘larger than life’ and he certainly lived up to it! The Parish Office became a social hub, with numerous residents calling in for a chat and their dogs calling in for a biscuit. Peter Hayman was a frequent visitor and once the two of them got talking there seemed to be very little hope of any work getting done, yet somehow it always did. Ray was a tower of strength, but then given that he had raised five daughters this was not really a surprise! He loved words and some of the letters that he sent to utility companies showed his ascerbic wit to great effect. To judge by the many messages I have received over the last few weeks from residents, there are many of us who will miss the best moustache in Northiam. 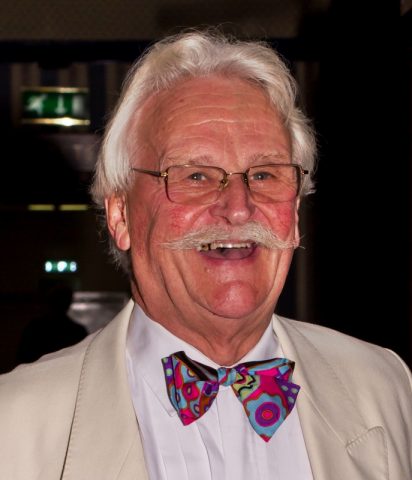